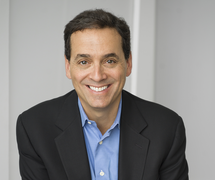 #1 New York Times Bestselling Author of When, To Sell is Human, Drive, and A Whole New Mind

Daniel Pink is one of the bestselling nonfiction authors of the last decade. His books on work, business, and behavior have won multiple awards, been translated into 41 languages, and sold more than 3 million copies worldwide. A former speechwriter to Vice President Al Gore, he later became the host and co-executive producer of Crowd Control, a National Geographic Television series on behavioral science. Daniel has served as a contributing editor at Fast Company and Wired, a business columnist for The Sunday Telegraph, and published articles in many prestigious publications, such as The New York Times and Harvard Business Review. For the last six years, Thinkers50 has named him one of the top 15 business thinkers in the world.